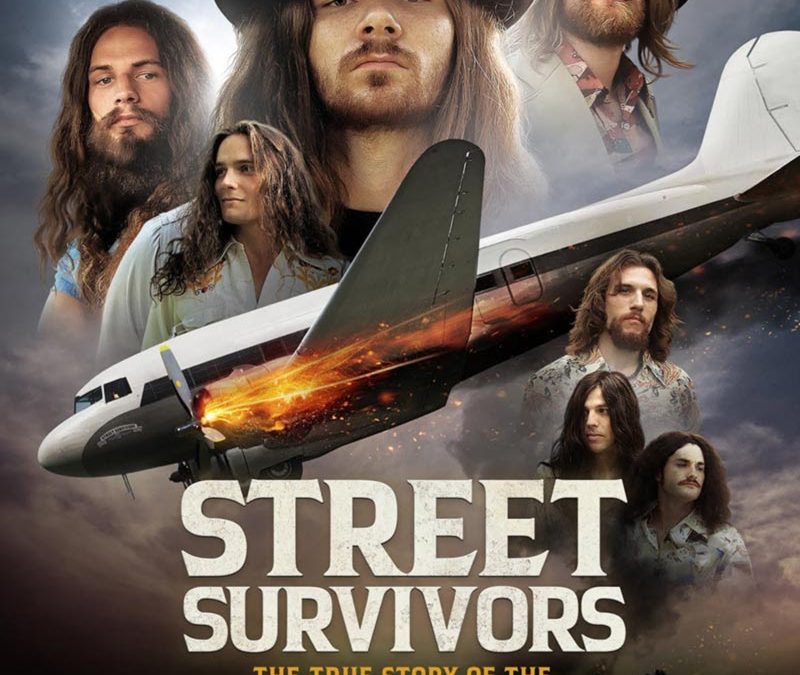 LOS ANGELES – STREET SURVIVORS: THE TRUE STORY OF THE LYNYRD SKYNYRD PLANE CRASH, recreates the story of the ill-fated flight through the eyes of former Lynyrd Skynyrd drummer and Rock and Roll Hall of Fame member Artimus Pyle (who narrates the film), who not only survived the plane crash that claimed the life of the band’s founder and frontman Ronnie Van Zant amongst others, but who also physically pulled the remaining survivors out of the plane wreckage before staggering towards the nearest farmhouse in rural Louisiana to seek help.

“This film’s story, MY story, is not just about the plane crash but also about my personal relationship with the genius that was Ronnie Van Zant, whom I loved like a brother and still miss to this day,” says Artimus Pyle.

STREET SURVIVORS: THE TRUE STORY OF THE LYNYRD SKYNYRD PLANE CRASH was scripted and directed by Jared Cohn (DEVIL’S REVENGE, DEVIL’S DOMAIN), produced by Brian Perera, and co-produced by Tim Yasui for Cleopatra Entertainment. The film is available for streaming on Amazon Prime Video, Google Play, Vudu, Roku, AppleTV, Tubi, and for purchase on Blu-Ray and DVD.

Using his connections with Charlie Daniels and Marshall Tucker, both acts that toured often with Skynyrd, Artimus met with Ronnie Van Zant and Ed King at Studio One in Doraville, Georgia. The results of that meeting – Saturday Night Special – greatly impressed Ronnie. Artimus’ live debut with the band took place in Jacksonville’s Sgt Pepper’s Club in October 1974. When Bob Burns left the band permanently following Skynyrd’s first European tour in December 1974, Artimus quickly got the nod as Skynyrd’s new drummer.

The years Artimus played with Skynyrd were the years that solidified the legend behind the band. Quickly developing into one of the nation’s top touring draws with a grueling schedule of 300 shows a year, the constant work and touring paid off. By October 1977, Skynyrd’s songs had become radio staples.